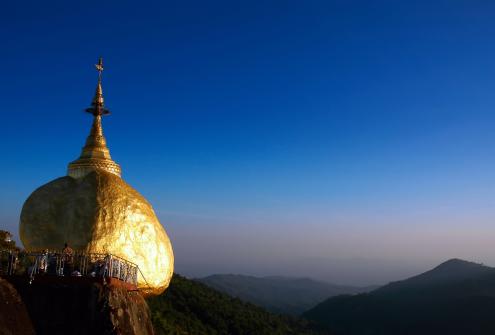 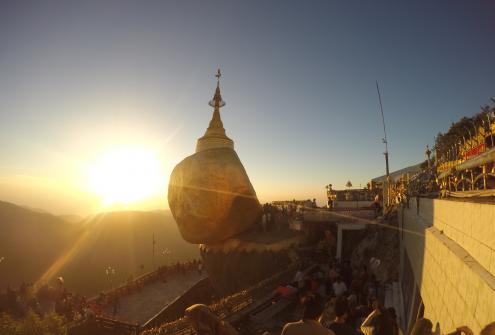 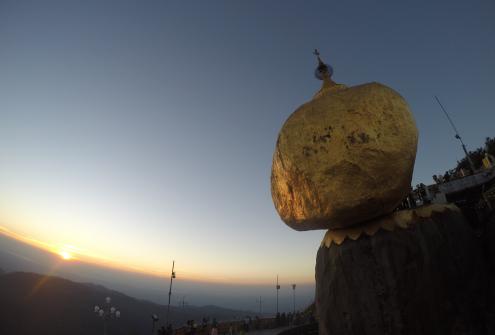 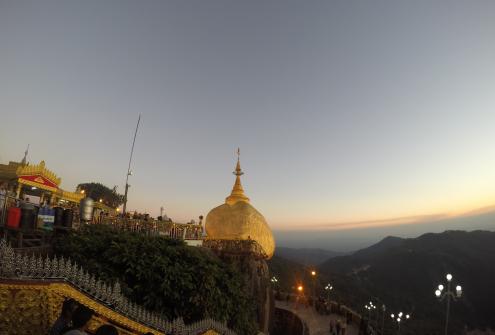 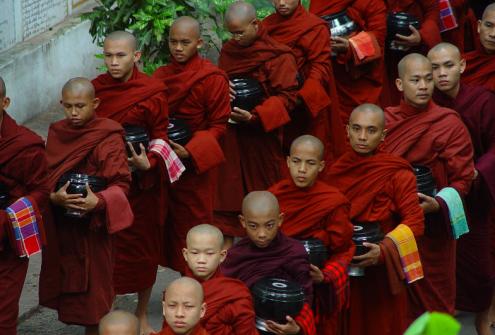 Mount Kyaiktiyo (Kyite Htee Yoe), famous for the huge golden rock perched at its summit, is one of the three most sacred religious sites in Myanmar, along with the Shwedagon Pagoda and the Mahamuni Temple. Pilgrims come here from far and wide to worship and add gold leaf to the rock, which seems to defy gravity by delicately balancing on the edge of the 1100-metre high mountain. The Golden Rock is situated at an elevation of 1,100 m (3,609 ft) above sea level, and lies on top of the Kyaiktiyo hill which are located on the Paung-laung ridge of the Eastern Yoma mountains.

According to legend, the Golden Rock itself is precariously perched on a strand of the Buddha's hair. The balancing rock seems to defy gravity, as it perpetually appears to be on the verge of rolling down the hill. The rock and the pagoda are at the top of Mt. Kyaiktiyo. Another legend states that a Buddhist priest impressed the celestial king with his asceticism and the celestial king used his supernatural powers to carry the rock to its current place, specifically choosing the rock as the resemblance to the monks head. It is the third most important Buddhist pilgrimage site in Burma after the Shwedagon Pagoda and the Mahamuni Pagoda.

Presently, women are not allowed into the inner sanctuary of the rocks vicinity, maintained by an employed security guard who watches over the gated entrance. Women are permitted in the outer balcony and the lower courtyard of the rock.