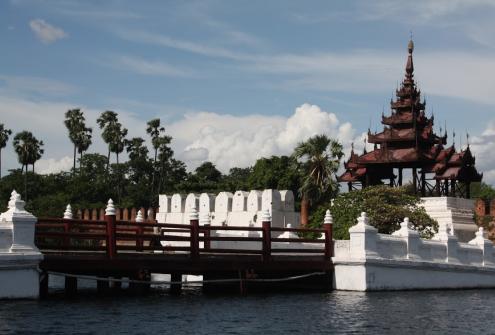 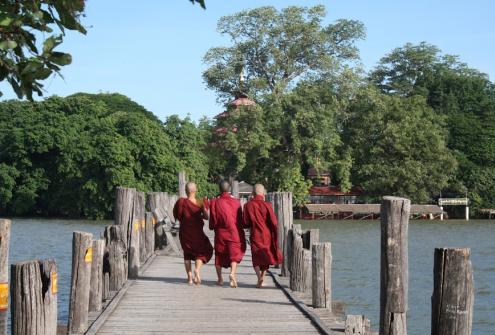 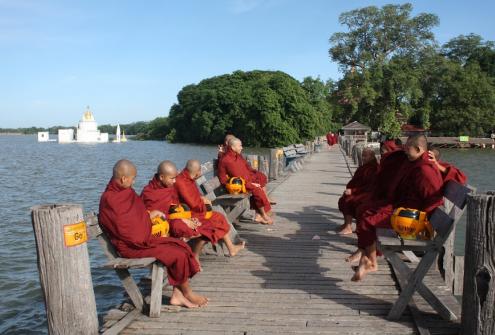 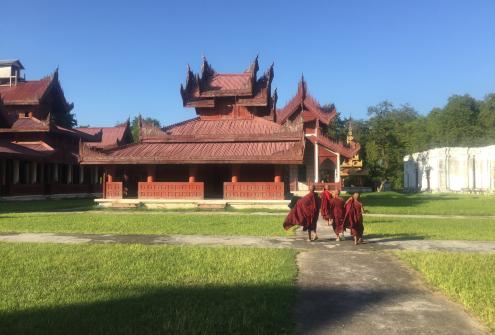 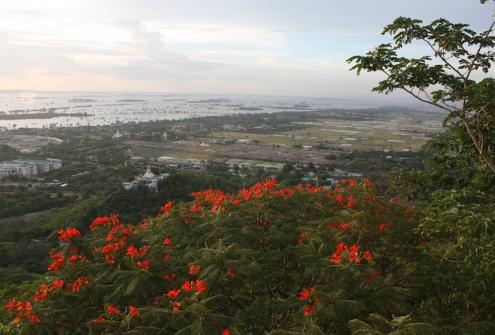 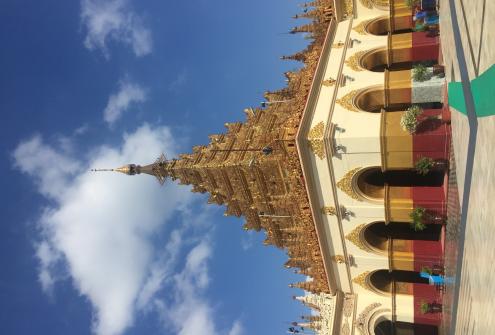 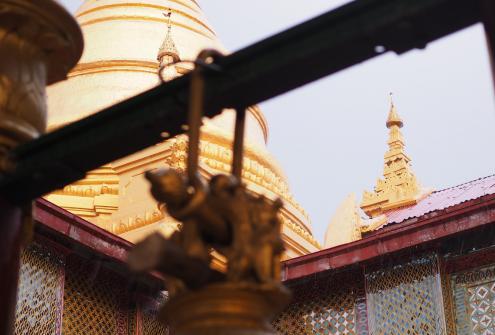 Mandalay is the second largest city in Burma (after Yangon), and a former capital of Myanmar. The city is the economic and religious hub of upper Myanmar and is centred around the Royal Palace. It has wide lanes filled with bicycles and motorcycles and is known for its cultural diversity. Half of Burma's monks reside in Mandalay and the surrounding areas.

Mandalay, the very name evokes the splendours of the Burma of old. But, most people will be surprised to learn that Mandalay is not an old city, not even a medieval one, but rather a new city that was created by King Mingdon Min of Burma in 1857 as the new capital of the kingdom of Ava. Only two Burmese kings ruled from there, King Mingdon and King Thibaw, before the British conquest of Upper Burma in 1885. It was a city of splendour between 1858 and 1885 but most of the magnificence is gone, destroyed by the fire that consumed wooden structures and by intensive bombing by the Axis powers during the Second World War. The city, neatly planned with its lettered roads and numbered streets, is a British creation.

The once magnificent Royal Palace and the great Atumashi pagoda, King Mingdon Min's finest creations, are modern reconstructions. Today, Mandalay lies at the end of the Lashio Road and it is, by Burmese standards, relatively prosperous as a centre for trade with China and as a centre for the growing trade with India. Despite the capital having been moved to Naypyidaw, Mandalay remains by far the main commercial centre of Upper Myanmar.