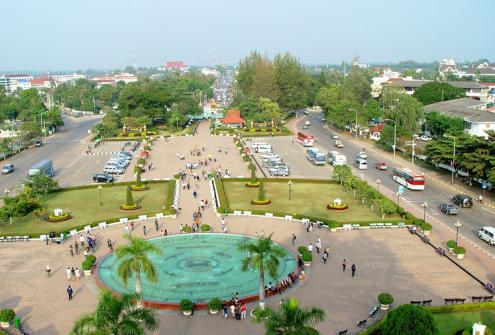 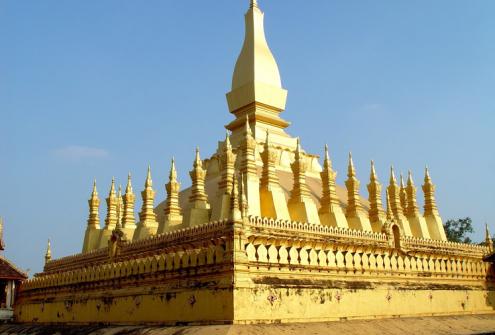 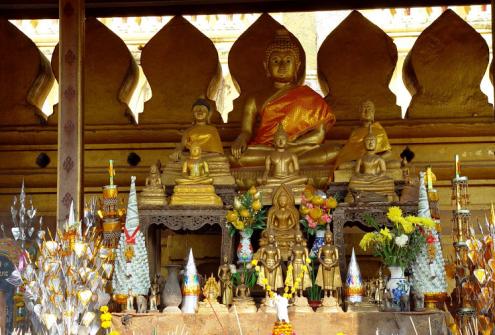 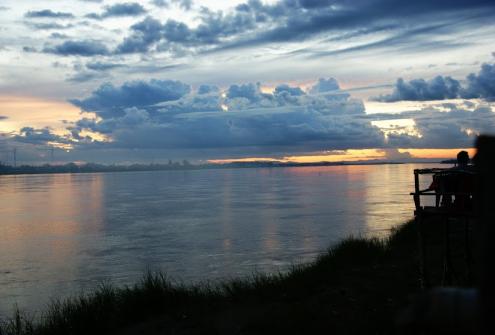 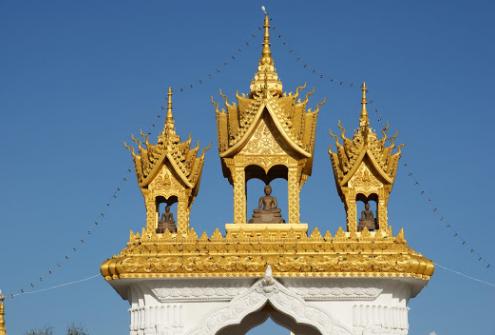 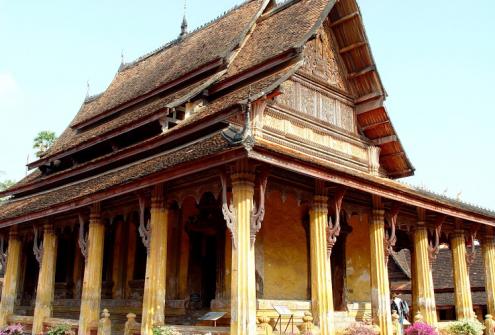 Without doubt, Vientiane is one of Southeast Asia’s quietest capital cities. Hugging a wide bend of the Mekong River, it looks more like a rambling collection of villages, dotted with a few grandiose monuments, than the engine room of a nation. However, in the mere two decades since Laos reopened its doors to foreign visitors, the city has changed with dizzying rapidity. At the beginning of the Nineties, Vientiane wallowed in an economic stupor brought about by a fifteen-year near-ban on free enterprise and a heavy reliance on Soviet aid. But with the collapse of the Soviet Union in 1991, economic restrictions were relaxed; soon afterwards, Vientiane’s collection of billboards proclaiming the glories of socialism were outnumbered by advertisements for Pepsi, and the hammer and sickle that had been erected atop the abandoned French cultural centre was removed.

Vientiane’s history has been turbulent, as its meagre collection of old buildings suggests. An old settlement, possibly dating back to the eighth century, Vientiane was occupied and subsequently abandoned by the Mon and then the Khmer long before the Lao king Setthathilat moved his capital here from Luang Prabang in 1560.

Now, the city has a shopping mall, a thriving tourist economy, and some excellent places to stay. That said, Vientiane remains quaint and easy-going, and the people have managed to retain their hospitality and sense of humour.