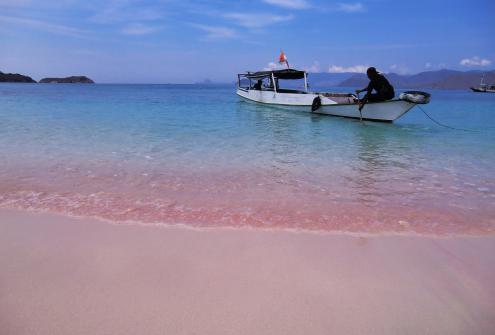 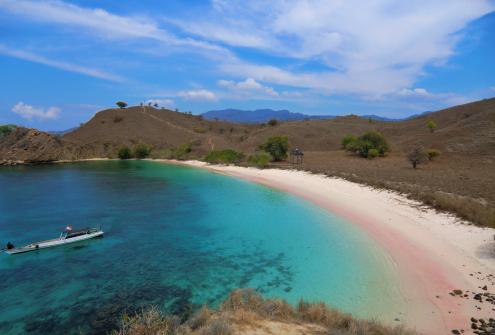 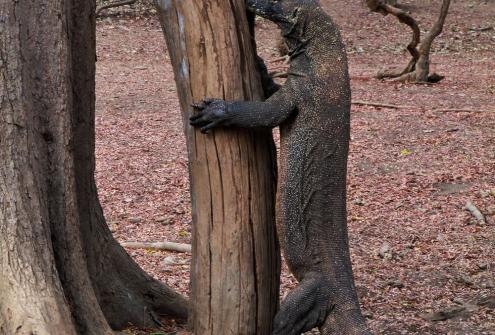 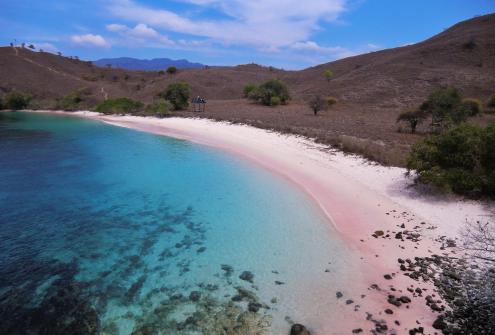 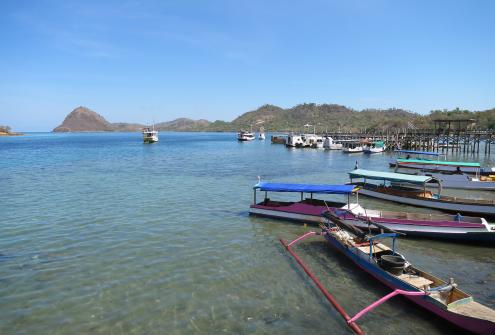 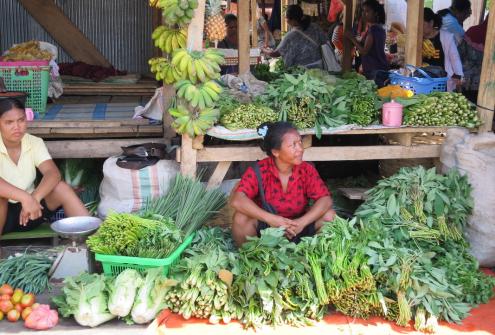 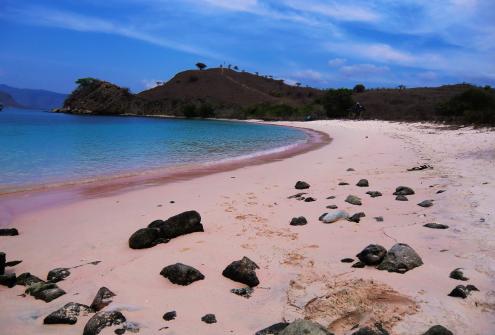 On the approach to Pulau Komodo, a tiny island just 36 km (22 miles) long and 16 km (9 miles) across at its widest point, it's hard to imagine that this is the home of the fearsome dragons described by late-19th-century explorers. The island, in the Indonesian region of Nusa Tenggara, lies between the islands of Sumbawa and Flores at the heart of the Komodo National Park, designated a UNESCO World Heritage Site and one of the New7Wonders of Nature. At first look, steep hillsides of parched, golden grasses slide down into topaz bays covered in glass-clear waters, and white-sand beaches hem quiet shorelines. But then you remember that this innocent-looking island is inhabited by 13-foot-long, 220-pound ora, as Komodo dragons are known locally. Don't be frightened: Although stories of people disappearing run rampant, a trip here is quite safe—as long as you stay with a park guide.

While Komodo dragons are the main attraction, several other large species also reside here. Dark-brown deer and small buffalo nibble the grasses of the high plains, macaques peer through the trees, and wild pigs crash through the underbrush. More than 150 types of birds also inhabit the island, including cockatoos, imperial pigeons, sea eagles, and mound-building megapodes. Offshore in the marine reserve, you might spot dolphins, dugong (a relative of the manatee), sea turtles, manta rays, and even whales, as well as more than 1,000 species of fish.

Lodging on Pulau Komodo was nonexistent until 2012, when a modest, eco-friendly resort and diving club opened, providing a rare opportunity for scuba divers and snorkelers to explore this pristine habitat's extensive coral reefs and extraordinary marine life. Travelers can also find comfortable lodging and a convenient base from which to explore the many natural wonders of the Komodo National Park in Labuan Bajo, on the island of Flores (East Nusa Tenggara).