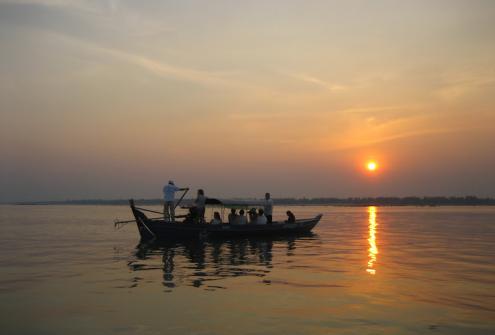 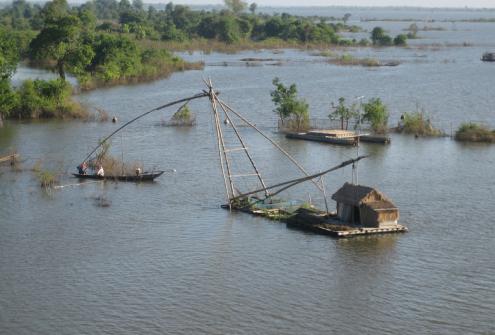 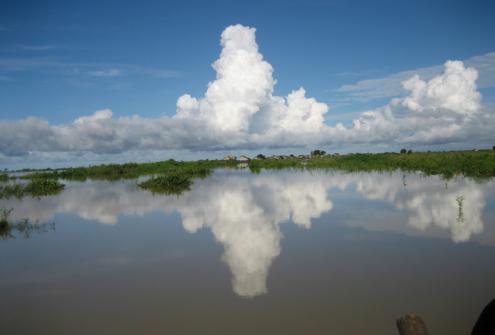 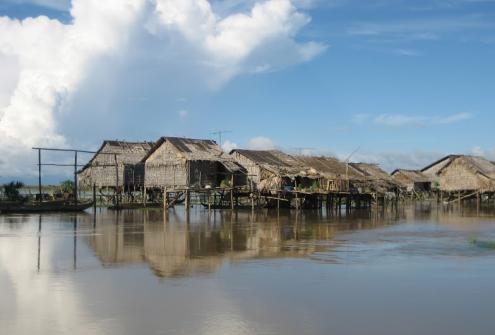 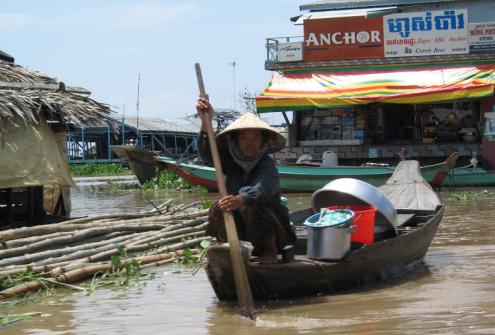 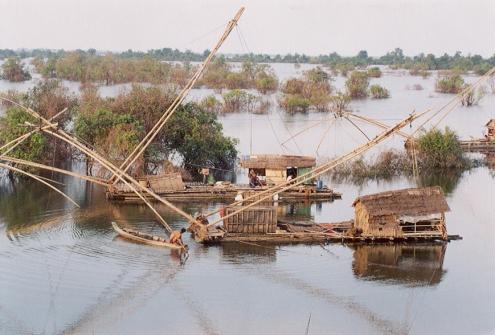 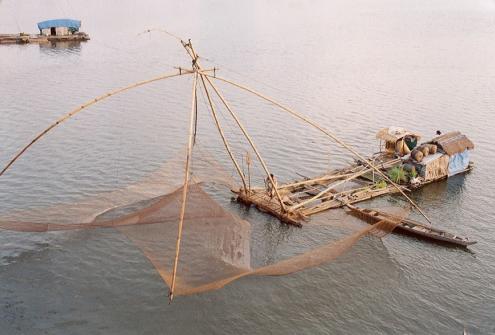 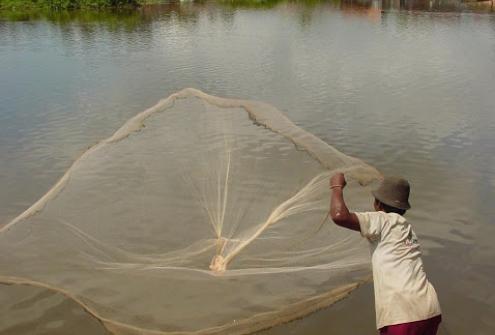 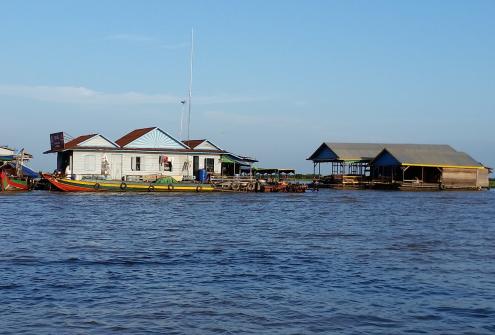 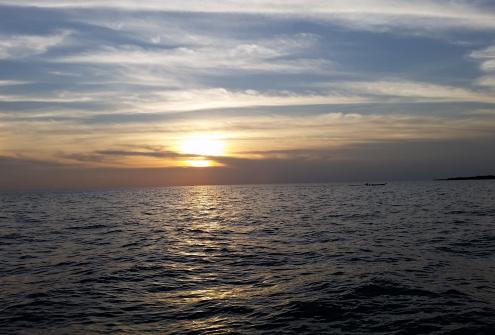 Tonlé Sap is one of the most fish abundant lakes in the world, and supports 360 floating villages and thousands of waterbirds. It's easily reached from Siem Reap as a day trip, or you can travel through on a boat trip from Phnom Penh to Siem Reap and the Angkor temples. The lake's Prek Toal bird sanctuary is home to dense flocks of hundreds of resident and migrant bird species, as well as crocodiles and giant fish.

This lake is one of the most unique ecological water wonders in the world and a designated UNESCO protected area. It is the largest lake in South East Asia and changes in size and dimension every wet season. With a minimum size of 2,800 km² and about 1 m depth during the dry season, the lake is fairly small. During the wet season the water of the Mekong River becomes so powerful, that it reverses the flow of the Tonle Sap river and pushes the surplus of rain water back into the Tonle Sap lake. This transforms the lake into a huge natural water reservoir and the lake's size increases to approximately 15,000 km² with a depth of 8 m.

The Tonle Sap River connects the lake with the River Mekong at Phnom Penh, in the south east. With the continuous change of the water level, the people who live on the lake have to move their houses away when the water level goes down. Whole villages including schools, shops, churches and pig farms are getting pulled away to a place where the water is still high enough to float.