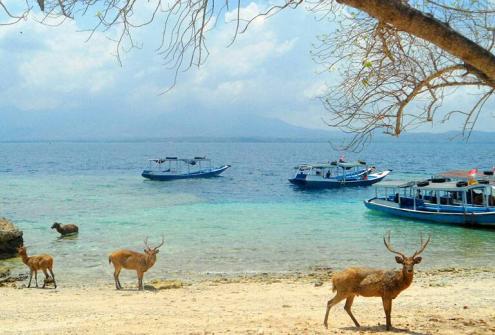 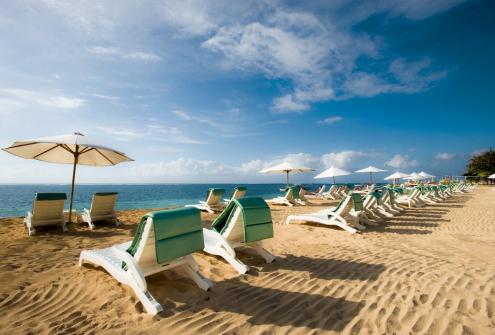 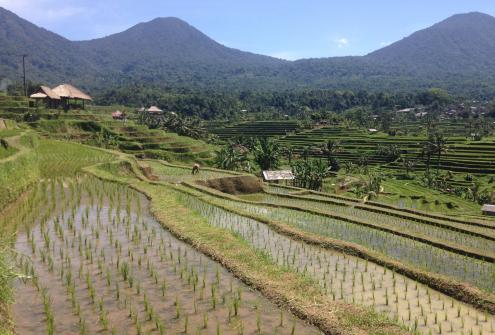 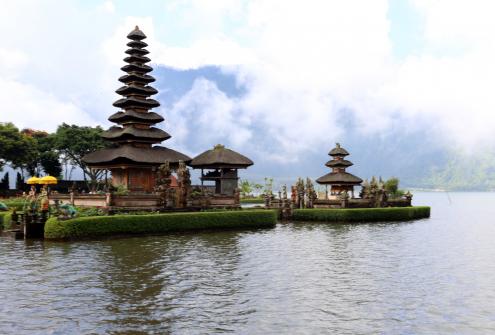 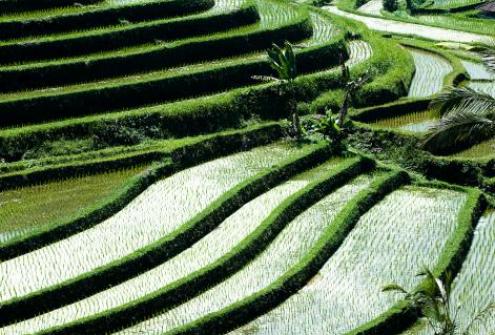 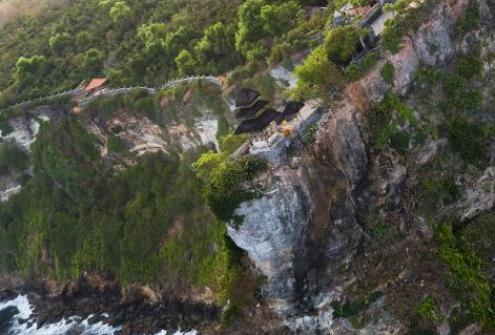 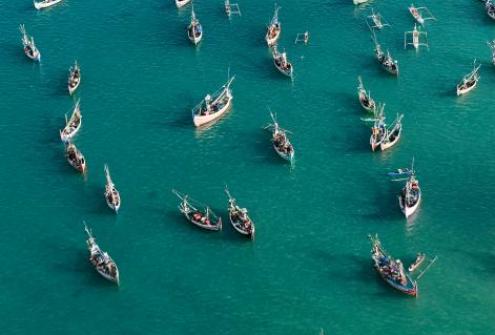 Best Time to Visit: The dry season, from April to September, is also when humidity is at its lowest. Be warned that prices will rise between July and September

This magical island has lost none of its vibrancy, with five-star resorts offering dazzling new levels of comfort and sophistication. Bali is a vibrant pinprick of Hinduism in the midst of the world's largest Muslim country. With its beaches, palm trees and warm, blue waters, it delivers on all the tourist expectations of a tropical island. It also provides an extra dimension in its sublimely spiritual culture, even the humblest offerings of rice and petals by roadside shrines look exquisite. For most, its most powerful draw is the island's varied landscape of beach and volcanic land; for others the appeal lies in the spiritual culture. On a more pragmatic level, the island offers an extraordinary calibre of luxury accommodation.

North & West Coast
Though the north and west coasts of Bali are not as developed or as visited as the south of the island, you'll still find luxury hideaways and plenty to see and do, from exploring local villages to dolphin spotting of the coast of Lovina and snorkelling off the coast of Java. The west is home to the Bali Barat National Park, a mountainous area of natural rainforest, mangrove forest, savannah and coral islands. It is the last refuge of the endangered Bali Starling and you can visit the Bali Starling Recovery Project at Tegal Bunder. Also look out for long-tailed macaque, rusa deer, flying foxes and black giant squirrels. At Pemuteran, visit the Turtle Hatchery Project where you can release a baby turtle into the ocean.

Ubud & The Heart of the Island
Traditional Balinese architecture, with its courtyard concept, looks inwards. So, in terms of beauty, does the island itself. The interior is a volcanic area of abundant vegetation and brilliant flowers, where hills are etched with terraced rice fields. In this fertile environment it seems no coincidence that culture and art have flourished. The main road north of Denpasar is lined with villages specialising in different art forms: Celuk is renowned for its silversmiths; Batuan for painters and dancers; Mas for its wood-carvers. Ubud and its surroundings, meanwhile, are in an altogether different league. In the 1920s and 1930s, Ubud's royal family invited a number of guests to visit, and in doing so kick-started the town's development as an international art centre. The most influential of the visitors were the German artist Walter Spies and the Dutch painter Rudolf Bonnet, both of whom lived in and around Ubud for many years. Today the streets are bordered by wall-to-wall art galleries, craft shops and cafés; but for all the commercialisation, the little town has managed to retain a genuinely arty spirit and with it an atmosphere of real charm.

The East
You get a placid sense of time standing still in the east of Bali. Quiet roads wind past rice fields bordered by coconut and banana trees. Ancient settlements such as Tenganan, a rare Bali Aga (original Balinese) village, are scattered around the southern fringes of Gunung Agung, the island's biggest volcano. Footpaths run along pineapple-clad hills to temples, streams and waterfalls. The big attraction of the east is the unspoilt rural life. Its beaches lack conventional appeal: it is said that the further east you go, the more lava-black the sand becomes. A trip to the east coast from Bali's capital used to be quite an undertaking; but a new fast road to Klungkung has reduced journey times, and this will inevitably bring more tourism. As yet, however, this is fairly limited: buses take day-trippers to Tenganan and guesthouses and restaurants have sprung up around the village of Candi Dasa.

The South
The area south of the capital Denpasar is widely considered to offer Bali's best beaches. So it is no coincidence that hotels have been popping up at a frenetic pace here. Yet for all the commercial thrust, Bali's regulation that no building can exceed the height of a coconut tree has saved the south of the island from becoming an Asian Miami. Local residents will tell you with some sense of amazement that there are nearly as many hotels in the area as there are temples, but even the largest of them are low-rise and relatively low-key.