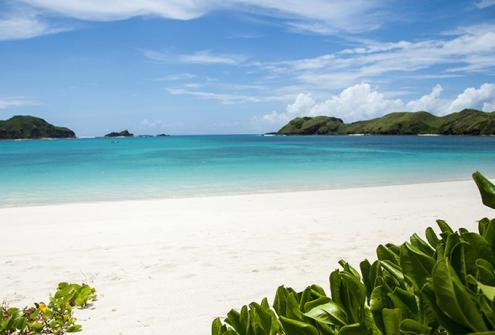 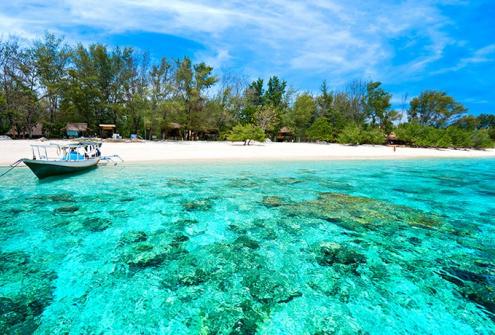 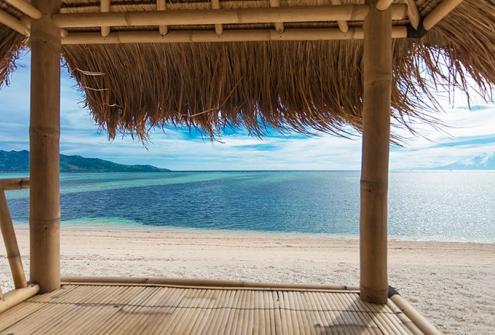 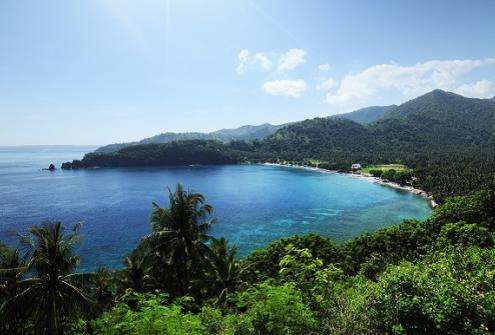 Often referred to as "Bali, 20 years ago," Lombok is finally coming into its own as a traveler's destination. Bali and Lombok are often called "sister islands," with Lombok taking the role of the shy and beautiful younger sister, overshadowed by her glamorous older sister. While many of the features that make Bali so appealing to visitors also exist on Lombok, the island is a unique and fascinating destination in its own right.

Lombok has a rich and diverse culture, which blends the traditions of the indigenous Sasak people with Balinese Hindu and Arabic influences, to name a few. Many of Lombok's traits and customs are similar to those of Java and Bali, yet its people retain traditions and beliefs unique to the island, particularly in language, cultural performances, celebrations, and the arts. Village life is based on the mainstays of farming and traditional handicraft production. The Sasak people are friendly and relatively unaffected by tourism, with a warm tradition of hospitality to visitors.

At around 5,300 sq. km (2,046 sq. miles), Lombok is only slightly smaller than Bali. The pace on Lombok is unhurried and the atmosphere laid-back. The beaches are uncrowded and tourism enclaves are not marred by high-density development. Although the island has good infrastructure, tourism development only started in the '90s and it has had a slow, steady growth rather than a gold-rush expansion since then.

With the construction of Lombok's first international airport already underway, Lombok is ready to take its place as an international tourism destination. Plans are also underway for a major resort by United Arab Emirates -- investment company Emaar Properties, near Kuta in south Lombok. Though the world economic downturn has tempered the pace of development, don't expect the Lombok you see today to be the same you'll see a decade from now.

Situated off the northwest coast of Lombok, these mini tropical barefoot heavens have crystal-clear aquamarine seas, perfect white sand beaches, and coral reefs with drop-offs and ledges for spying turtles, manta rays, and myriad forms of aquatic life. Once considered simply a budget destination for backpackers on a side trip from Bali, the Gilis are now a popular destination in themselves and have come of age in recent years. With various new and safe fast boat services from Bali and an increasing number of direct international flights to Lombok, a trip to the Gilis need no longer be just an extension for holiday makers in Bali.

The word Gili simply means "small island." As you can imagine, many other Indonesian islands are preceded by the term "Gili," but the three synonymous with "the Gilis" are Gili Meno, Gili Air, and Gili Trawangan.

The quietest is the middle island, Gili Meno. Life unwinds at a relaxed pace and service and accommodations are suitably in line. One step slightly up the development chain is Gili Air, with a greater variety of restaurants, guesthouses, and villas. This is also a real working island with a permanent local population with an income outside of tourism. Gili Trawangan, or simply Gili T, is at the other extreme and is best known as a party island, but is no longer a one-trick pony. In recent years the addition of luxury villas with private pools, air-conditioning, freshwater showers, and 24-hour electricity has enticed the return of travelers who came here many years ago, but now feel comfortable visiting with their spouse and children. That's not to say the original magic has gone, but rather that partying is no longer the sole reason to come here.

One of the Gilis' biggest draws is scuba diving. With year-round water temperatures of about 28°C (82°F), the islands are one of the world's best places for viewing turtles and, from December to April, manta rays. Between the three islands are at least 18 accepted dive spots. The currents are strong and drift diving is the norm. Although the big dive schools with swimming pool training facilities are based on Gili T, the other islands sit marginally closer to the dive sites. It doesn't really matter which island you choose for convenience to the sites.

Each of the Gilis is completely free of cars and motorcycles with the only transportation being cidomos (horse-drawn carriages) and bicycles. However, be ever vigilant of the miniature horses trotting up behind you -- there is only so much room on the boardwalks that circle each island.

Lombok & The Gili Islands on map

Experiences in Lombok & The Gili Islands